The RHS Garden Wisley Christmas Glow is a must see event this Christmas season, and the perfect way to brighten up a cold winters day. Running from Friday 1st December 2017 till Tuesday January 2nd  2018, it’s an excellent way to get into the Christmas spirit.

Alongside an overwhelming display of magical, giant illuminated lights, you will be enlightened with everything else the RHS Christmas Glow at Wisley has to offer. With a selection of cheese, chocolates, candles and various other gifts on their mini market, you’ll be sure to finish off your Christmas shopping just in time.

As told by getsurrey.co.uk, last year local Surrey school children were invited to the official light switch on, and took part in their lantern parade, which marks the launch of the Christmas Glow. The children designed and created their own lanterns at school, which were then released at the parade. Involving the children into the launch is a great way for the them to show off their artistic talents to the local community in a festive way.

Stephanie Fudge, head of site at RHS Garden Wisley, speaking ahead of last year’s launch said: “We are so delighted to be launching our second Christmas Glow event at Wisley and this year to be sharing success with our local schools, bringing in families and children from the community to enjoy this amazing launch event together.”

The Christmas Glow features a large glasshouse which, each year, has a theme. This year the glasshouse theme is based on a poem called “St Nicholas” by Clement Clarke Moore. The poem is all about the night before Christmas, and all the exciting things that come with it. We should be expecting a really magical and exciting experience from the RHS Wisley Glow team this year.

According to toddledoddle.com, the average duration of the experience lasts around an hour, which they were happy with as they had free entry due to being RHS members. However, suggested they may have been a little disappointed with the duration if they were paying the full entry price.

A user from TripAdvisor wrote: “This is a must to visit. The path is lit by fairy lights for the whole walk. Children will love it! There’s a large refreshment area half way round for hot drinks, snacks, and loos.”

The entrance fee for an adult ranges between £10 and £14.99, between £5 and £9.99 for children, and free entrance for any under 5 year olds, and RHS membership holders. 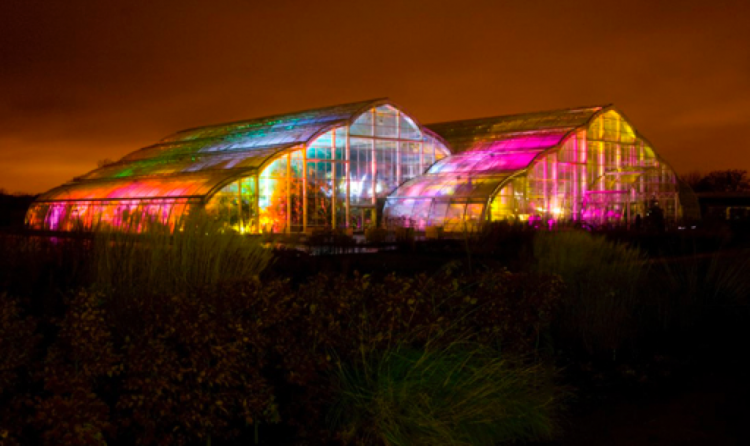